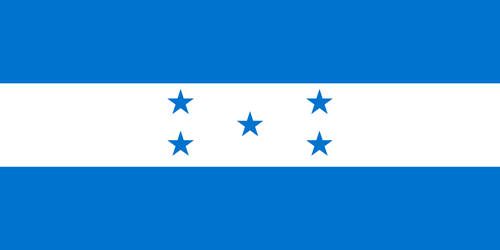 Living amid chronic violence and insecurity, thousands of people from Honduras have been forced to flee their homes in recent years.

For more information, visit the UNHCR Refugee Data Finder, information and fact sheets on the refugee situation in Honduras on the Global Focus and the Operational Portal.

2. Honduras's response to the refugee situation

In March 2017, the Government of Honduras became the very first country to participate in the roll-out of comprehensive responses in the Americas with the aim of improving its response to the needs of refugees and asylum-seekers, to Honduran returnees with protection needs, to Hondurans abroad, and to internally displaced persons (IDPs).

A technical team was formed to develop a national chapter under the Marco Integral Regional para la Protección y Soluciones (MIRPS in Spanish). It is comprised of officials from the National Institute of Migration (INM), the Ministries of Foreign Affairs and International Cooperation, of Human Rights, and the Office of the General Coordinator of the Government, in order to lead the national consultation process.

The technical team facilitated consultations with concerned populations to identify needs, and with State institutions to identify and prioritize the response to such needs through an action plan. Civil society, academia and international community actors were also brought in to determine priorities, gaps, and complementary actions.

In October 2017, Honduras hosted the San Pedro Sula Conference – considered the official launch of the MIRPS – during which the six countries (with Belize, Costa Rica, Guatemala, Mexico and Panama) presented their national commitments.

Honduras has made progress on (i) identifying the causes, impacts, and magnitude of displacement through a Characterization Study at the national level; (ii) the technical and participatory drafting of a Bill that defines the framework of protection and care for the internally displaced population; (iii) the consolidation of a system for registering of land and assets abandoned or dispossessed.

Progress was also made in strengthening care protocols for returnees with protection needs, including the training of 120 officials from the central, municipal and foreign service governments. Registration and processing capacities within the asylum system were increased, and registration and interview brigades continue to be implemented in border areas, with the aim of centralizing access to the asylum system.
As for 2021 it is expected; increase access in high-risk areas, as well as increase reception capacities and humanitarian assistance for returnees with protection needs and refugees and promote access to livelihoods for the persons of interest. 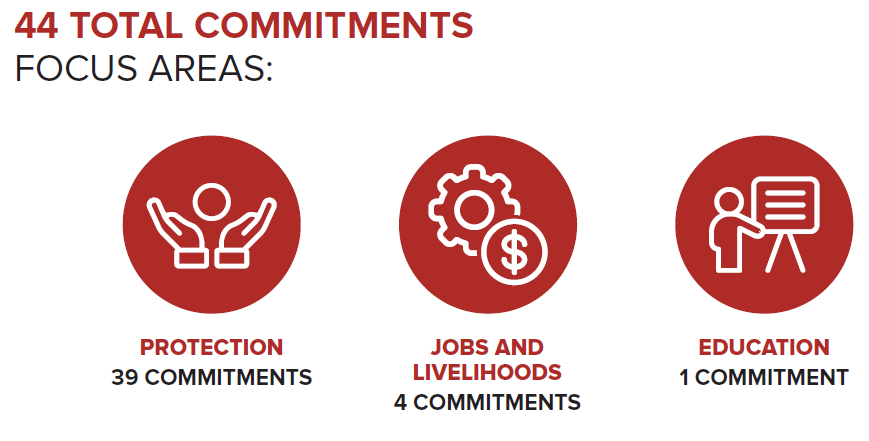 Honduras is expanding its operational capacity to respond to forced displacement in the region through the adoption and implementation of the commitments in their National Action Plan.

Honduras prioritized one commitment which was also pledged during the Global Refugee Forum: Access to training and  livelihoods programs and humanitarian assistance which support and generate entrepreneurship and contribute to reduce the economic inequality of the asylum seeker, refugee, internally displaced and Honduran returnee populations in vulnerable conditions. 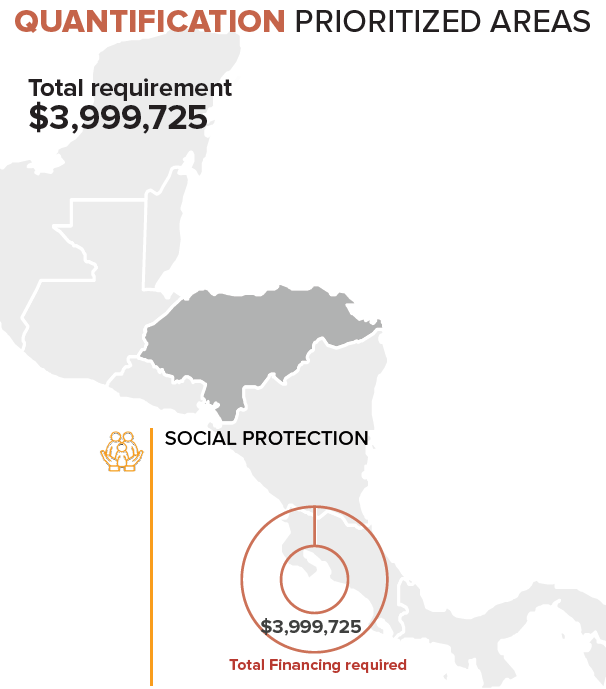 Honduras has led a process to raise awareness and develop the capacity of public officials to develop actions to encourage greater participation of municipalities in the response to forced displacement.

The IDP Directorate has furthered efforts to define a humanitarian assistance model for victims of forced internal displacement.

Three initiatives are of particular value:

Given the problems of violence in schools, the formulation of a prevention and protection strategy was finalized with a focus on the teaching personnel.

Early in 2019, the Inter-institutional Commission for the Protection of People Displaced by Violence (CIPPDV) handed over the draft law on the Prevention, Attention and Protection of IDPs to members of the National Congress, to be presented in its plenary meeting to kick start the revision and approval. This handover constitutes progress towards establishing measures to protect and address the needs of those who have been affected by violence, and to prevent forced displacement that has been caused by generalized violence and organized crime.

Under the leading of the Ministry of Foreign Affairs and International Cooperation, Honduras has operationalised three Centres for Returned Migrants (CAMR) in the department of Cortés (north), with the “best quality standards" where migrants are provided with food, migratory processes with biometric system, information on social services that are available to them, data collection for the registration form, transport to their place of origin, medical and psychological care, national or international telephone calls, clothing, accommodation, and special attention for people displaced by violence. These centres - which are seen as references in the region - were established with multi-stakeholder support of NGOs and the UN, guaranteeing a dignified, safe and agile return to their communities of origin.

Pledges and contributions made by Honduras

This dashboard includes all pledges and contributions made towards the implementation of the Global Compact on Refugees in Honduras, including national pledges made by the Government of Honduras itself.

A regional inter-agency protection coordination mechanism to reach most vulnerable people and ensure they access to specialized protection, cross...

Provide integrated services to the refugee population in Matamoros, while ensuring the well-being and dignity of caregivers so they can best support...
SEE MORE PROJECTS AND INITIATIVES IN THE AMERICAS