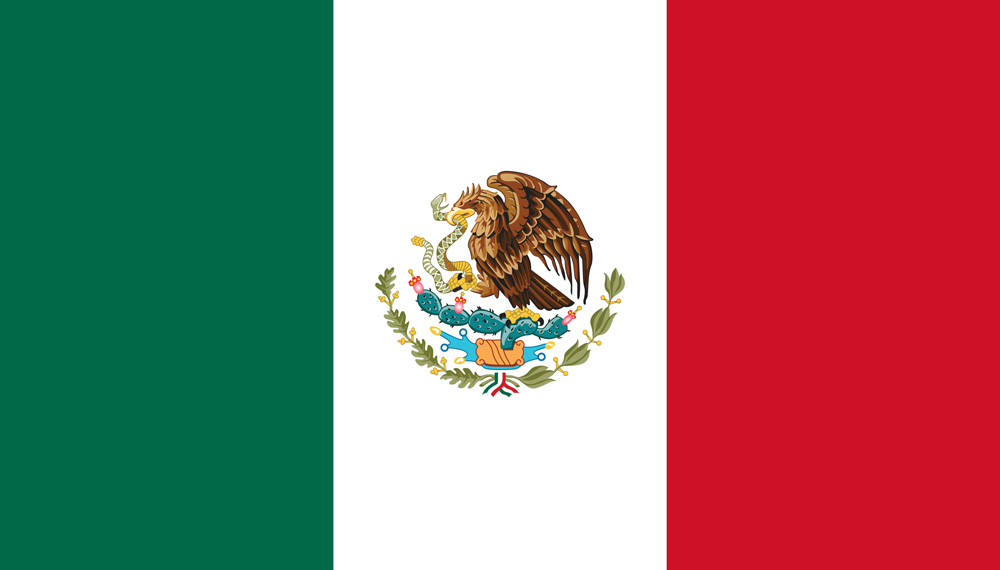 An overview of how the Global Compact on Refugees is being turned into action in Mexico.

An overview of how the Global Compact on Refugees is being turned into action in Mexico.

Kevin jumps for joy in his new home in northern Mexico, where he and his brother Jason are starting school again having fled gang violence.

For more information, visit the UNHCR Refugee Data Finder, information and fact sheets on the refugee situation in Mexico on the Global Focus and the Operational Portal.

2. Mexico's response to the refugee situation

Mexico has a strong national legal and institutional framework to protect asylum seekers and refugees. Mexico's law concerning refugees and asylum incorporates the broader definition of "refugee" found in the 1984 Cartagena Declaration, including gender as one of the causes of persecution in the definition of ‘refugee’. If an individual does not qualify for refugee status under this extended definition, Mexico's Commission for Refugee Assistance (COMAR) may grant complementary protection, preventing cases of possible returns of individuals to a country where their life would be in danger.

Mexico is one of seven countries participating in the Comprehensive Regional Protection and Solutions Framework (MIRPS in Spanish) since the initiative was adopted in October 2017 as a regional contribution to the Global Compact on Refugees. Mexico’s National Action Plan for MIRPS has been key in promoting the protection and successful integration of asylum-seekers and refugees in Mexico. COMAR, which is part of the Ministry of Interior, is responsible for the asylum procedure and promotes collaboration between different institutions through interinstitutional roundtables and specialized committees. These also include international organizations and civil society. These mechanisms were strengthened from 2018 onwards as a follow-up measure to the national MIRPS commitments.

Mexico promotes the integration of asylum seekers and refugees in national systems, with full access to employment, public health services, and education at all levels. The MIRPS framework has been key to achieve a more efficient registration of asylum seekers, and to achieve progress in the protection of the best interests of children in migratory contexts, including those in need of international protection. A policy to internal displacement is currently being developed by the Mexican government. Simplified asylum procedures, financial inclusion and the strenghtening of public services in host communities in the south, also remain priorities of the 2021 action plan. 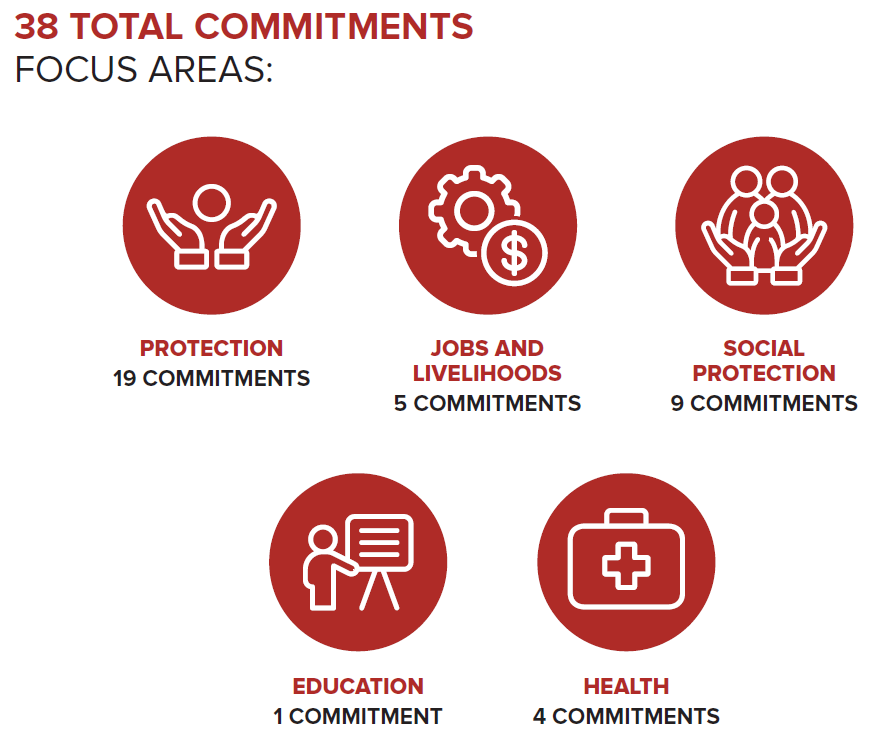 Mexico is expanding its operational capacity to respond to forced displacement in the region through the adoption and implementation of the commitments in their National Action Plan. 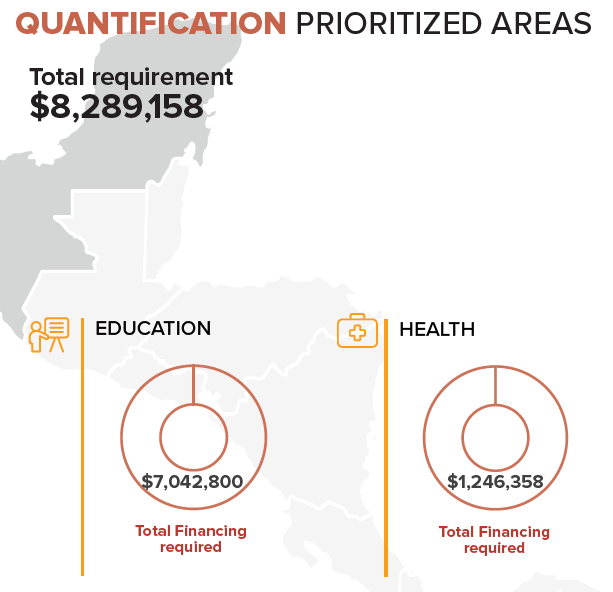 Mexico’s Presidency pro tempore of the MIRPS in 2019 focused on the promotion of shared responsibility. This included strengthening of partnerships with regional and sub-regional mechanisms and with actors supporting the MIRPS.As examples, dialogue mechanisms with civil society were discussed in the context of the Second Annual MIRPS Meeting held in Mexico City in November 2019), during which a strategy to mobilize resources and funds for humanitarian assistance was agreed upon – including through the organization of a MIRPS Solidarity Event to be held with potential donors and development actors prior to the first Global Refugee Forum in Geneva.

At the level of national implementation, UN agencies and civil society organizations were brought in as observers in the Interinstitutional Roundtable on Refuge and Complementary Protection (consisting of 20 different government actors). As priorities for 2020, the Mexican government announced the creation of specialized working groups on health, education, identity and employment (that also include UN agencies and NGOs), as well as working groups that can bring MIRPS closer to the local level.

Specific projects implemented by the Mexican government, UNHCR and civil society partners are underway, such as the strengthening of COMAR’s capacity through technical and financial assistance. This program has also been supported by the US and Canada asylum offices (SCIS, IRB and IRCC). The second program, “alternatives to detention in INM Migration Stations” is a labour integration program that relocates asylum seekers and refugees from southern Mexico towards central and northern town with better perspectives for formal employment and socioeconomic integration.

How partnerships working in education, livelihoods, health and social inclusion have already transformed the lives of refugees and their hosts

The Government of Mexico has taken the following steps to meet objectives 1 and 2 of the Global Compact on Refugees:

In working towards achieving objective 1 of the GCR, to ease pressures on host countries has taken the following measures:

In working towards achieving objective 2 of the GCR, the following measures have been taken:

Pledges and contributions made by Mexico

This dashboard includes all pledges and contributions made towards the implementation of the Global Compact on Refugees in Mexico, including national pledges made by the Government of Mexico itself.

Project at the Peruvian Northern Border, that shows the effective collaboration between humanitarian actors and state institutions, providing a comprehensive humanitarian response in for massive influx of Venezuelans refugees and migrants.