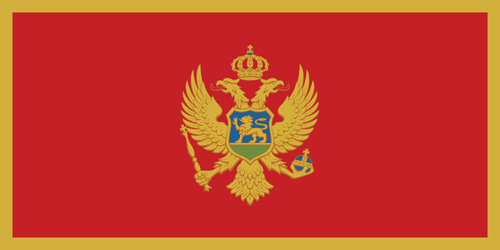 Perast is the jewel of Montenegro, but hotelier Simona Pulcinelli found it hard to recruit staff, until Roberto and Silvio arrived as refugees from Cuba in 2016, hungry for work. Montenegro has developed its capacity to integrate refugees.

Find live data, information and fact sheets on the refugee situation in Montenegro on the UNHCR Operational Portal as well as Global Focus.

More than 28 years after the conflicts in the Western Balkans, Montenegro has continued to show generosity and dedication to asylum, humanitarian aid and solutions. Over time, the vast majority of refugees have returned to their places of origin. Seeking to translate local integration into practice as solution to displacement, since 2009 Montenegro has introduced a generous permanent legal status for those wishing to remain. Currently, nearly 12,600 ex-Yugoslav refugees have been able to re-start their lives, while the Government remains committed to address some 1,000 complex cases through joint work with other countries and entities such as Kosovo[1], Bosnia and Herzegovina, Croatia and Serbia.

Despite the sharply growing trend of asylum seekers and migrants approaching its borders, Montenegro continues to maintain an open-door policy for those persons intending to apply for asylum. The Ministry of Interior, which is entirely responsible for reception, refugee status determination and integration since 2019, works closely with the Border Police and coordinates with other line ministries in providing appropriate support to those granted international protection in Montenegro.

The main government stakeholder is the Ministry of Interior (MoI), which is responsible for reception and integration since2018 and 2019 respectively.

In 2019, for the first time, the MoI and UNHCR held two coordination meetings on asylum, in line with the Refugee Coordination Model. Hopefully, these meetings will continue in 2020 and will be extended to social ministries.

Other key partnerships include the Ministry of Labour and Social Welfare, the Ministry of Health, the Border Police, the Institute for Public Health, and the Ministry of Education. Among the UN agencies, the main interlocutors are IOM, UNICEF and WHO. In the framework of the 2030 Agenda, UNHCR, UNDP, UNICEF, IOM, WHO and ILO will jointly implement a project on social protection under the UN SDG Funds (2020-21).

Since 2017, UNHCR and the Employment Agency have been collaborating on skills’ mapping and the inclusion of refugees into social-oriented employment programmes. Efforts are underway to set up a new collaboration with a micro-credit institution to enable refugees to set up their private businesses.

Other partnerships include the Red Cross, local NGOs, medium scale businesses and the BAR association, whose lawyers represent asylum seekers during the appeals process and refugees in matters related to effective access to rights.

Objective no. 2, to enhance refugee self-reliance:

In 2009, Montenegro created the legal precondition for the local integration of the ex-Yugoslav refugees wishing to remain in the country by enabling the access to the status of foreigner with permanent residence. In addition, the Government established an exemplary cooperation with Kosovo in providing essential personal documents required to complete the applications for the permanent status in Montenegro.

In its Law on International Protection of Foreigners, which has been in force since 2018, each family that is granted asylum is entitled to an individual integration plan, established by the new Directorate for Integration, which cooperates with UNHCR and its partners and benefits from their technical and financial support.

The new Law, which is in line with international standards, introduced a new terminology in terms of persons it covers (“asylees” instead of “refugees”). Due to this change, persons with identity documents indicating their status of asylee cannot fully enjoy the right to health care, because the laws regulating this area only recognise refugees as beneficiaries of the Montenegrin health care system. For that reason, it is necessary to align the terminology in all relevant laws, so as to avoid challenges in accessing basic rights foreseen by the asylum law. So far, the laws regulating employment, work and social protection have been amended accordingly.

Great efforts have been made since 2017 to enhance the self-reliance of people granted protection, through pilot initiatives. For example, as an alternative to collective accommodation, cash-based interventions (CBI) were introduced by UNHCR to temporarily support newly-recognised refugees. Based on an “Alternative to Camp” approach, this aimed at avoiding communitarisation and enabling greater access to employment. This approach has now been adopted by the Ministry of Interior, with the financial support of UNHCR.

From the initial collaboration with the Employment Agency of Montenegro initiated in 2017, followed by the start-up of Montenegrin language courses initially through a private school, and then the Ministry of Education in 2018, UNHCR initially, then with the Ministry of Labour and Social Welfare and now the Ministry of Interior have progressively developed an integrated approach to socio-economic integration based on coordinated interventions, encompassing Montenegrin language courses, inclusion in the public education system, skills’ mapping, rental and job placement support.

Pledges and contributions made by Montegreno

This dashboard includes all pledges and contributions made towards the implementation of the Global Compact on Refugees in Montenegro, including national pledges made by the Government of Montenegro itself.

[1] This designation is without prejudice to positions on status and is in line with UNSCR 1244/1999 and the ICJ Opinion on the Kosovo declaration of independence.

The Living Together Initiative

Stories by host and migrant youth on their experiences of living together in the Euro-Mediterranean region are discussed with young Europeans through interviews and public events, and communicated further through online media channels and the participation of youth in advocacy events.

The project responds to, and mitigates, the psycho-social and medical emergencies of refugee/migrant children in Greece who are suffering from violence or being at risk of violence, trafficking, smuggling and exploitation, or who are facing chronic/severe illnesses.
SEE MORE PROJECTS AND INITIATIVES IN EUROPE