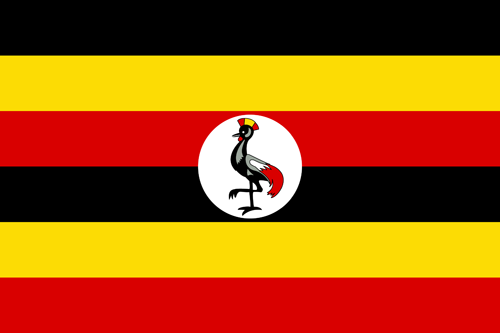 An overview of how the Global Compact on Refugees is being turned into action in Uganda.

An overview of how the Global Compact on Refugees is being turned into action in Uganda.

Mostly in camps, 94% of refugees reside in settlements.

Top 3 by country of origin

To see more detailed data on the refugee situation in Uganda, download this PDF (updated August 2020)

The application of the Comprehensive Refugee Response Framework (CRRF), which began in 2017, provided impetus for a whole-of-government ownership and leadership of the refugee response in Uganda. Under the Government’s leadership, the CRRF provided an unprecedented and novel national arrangement, allowing actors - both humanitarian and development – to come together to improve coordination for the support of refugees and host communities.

The CRRF Steering Group, established at the end of 2017, is the main policy and decision-making body for the CRRF in Uganda. It brings together Government Ministries, Departments and Agencies, international bilateral and multilateral partners, international and local NGOs, the private sector, refugees and host communities. There are now 36 seats in the Steering Group, representing a whole-of-society approach to refugee responses. Reaffirming the key role played by districts in comprehensive responses, the CRRF Steering Group is chaired at the ministerial level by both the Office of the Prime Minister and the Ministry of Local Government (MoLG). With the establishment of the Refugee Engagement Forum (REF) in October 2018, refugees are now effectively represented at the CRRF Steering Group. The host community enjoys five representatives at this decision-making table, which include two District Local Government Chairpersons and three District Chief Administrative Officers from refugee-hosting districts. A multi-stakeholder Secretariat in the Office of the Prime Minister is fully capacitated to support the application of the Global Compact on Refugees and its CRRF.

In addition, further efforts to strengthen coordination are ongoing at national and local level, with concrete steps being taken to include refugee issues/humanitarian interventions in Government development coordination across sectors and promote the role of line Ministries as co-chairs of the humanitarian sector working groups. At district level, regular CRRF meetings help to advance the inclusion of refugees in District Development Plans. At the same time, at the settlement level, district authorities are invited to co-chair the inter-agency coordination meetings and sector working group meetings.

Many partnerships have been strengthened or have been made possible thanks to the implementation of the Global Compact of Refugees. The application of the CRRF has helped to enhance partnership and coordination of interventions through the multi-stakeholder approach in the CRRF Steering Group and its 36 participating institutions, the adjusted refugee coordination model, which is now co-chaired by the Ministry of Local Government and Line Ministries, and the development of comprehensive sector response plans which operationalize and advance the integration of refugees in national sector policies and strategies. A major change brought about by the CRRF is that Government Ministries, Departments and Agencies are now leading the sector response in refugee-hosting districts in cooperation with District/Local authorities.

Furthermore, the application of the CRRF has further enabled bi- und multilateral development partners to include refugees into their programmes for the benefit of both refugees and host communities across Uganda’s refugee-hosting districts, particularly in West Nile. The Uganda Bureau of Statistics is now including refugees in national statistical systems, which provides data and evidence for programming. At the same time, work is underway to include refugees in the National Development Plan III 2020/2021- 2025/26, related sector plans, and District Development Plans. This is an important step for all stakeholders in the refugee response to follow national priorities in the sectors and make investments for refugees and host communities in a coordinated manner, thus meeting humanitarian needs while investing in strengthening the service provision in refugee-hosting districts in the longer term for the benefit of refugees and host communities.

Summary of the Refugee Compact in action in Uganda

Partnerships working in education, livelihoods, health and social inclusion have already transformed the lives of refugees and their hosts. The CRRF in Uganda has profoundly contributed to objective 1 of the GCR, namely to ease pressure on the refugee-hosting districts and to benefit both refugees and host communities. The CRRF gave renewed and more prominent visibility to host communities, catalysing shifts in the geographical focus of Uganda’s refugee response from the settlement location to the area that hosts refugees. Greater attention is now placed on the service needs of these districts by development and humanitarian actors alike. What’s more, the application of the CRRF has encouraged the inclusion of refugees into national planning and implementation, empowering different line ministries to develop comprehensive sector response plans.  These priority plans include refugees in Uganda’s national sector strategies in the areas of education and health; while plans for jobs and livelihoods, water and environment as well as sustainable energy are underway.

Uganda’s Education Response Plan for Refugees and Host Communities (ERP) was launched in September 2018 by Hon. Janet Kataaha Museveni, First Lady and Minister of Education and Sports. The Plan – the first of its kind worldwide – represents a huge policy step forward for refugee education. It is the exemplary work of a multi-stakeholder effort, led by the Ministry of Education and Sports, which was developed with support from humanitarian and development partners. The Plan is ambitious but realistic, based on extensive analysis and costing. To implement the ERP and get quality education for over half a million learners – refugees and host communities children alike – will cost USD 389 million in the period 2018 -2021.

The ERP represents a new way of working in Uganda and globally:

As of late 2019, the national ERP was converted into District Plans, which themselves link to the next 5 year District Development Plans. The implementation of the ERP has fostered greater Government ownership of the refugee response and has enhanced its ability to coordinate interventions supported by the international community and to identify priority gaps.. Despite the uncertainty around funding, the ERP has already demonstrated significant impact, including:

Uganda’s Health Sector Integrated Refugee Response Plan (HSIRRP) was launched by the Prime Minister of Uganda, Rt. Hon. Dr. Ruhakana Rugunda, in January 2019. The Plan was developed under the leadership of the Ministry of Health, with support from development and humanitarian partners, with the objective to include refugees and host communities in the larger development service delivery on health in refugee-hosting districts. The integrated health sector Plan sets out how to realise a vision where the over 1.1 million refugees and the over 7 million hosting community across the refugee-hosting districts have the same access to quality health services. It entails a paradigm shift from a mainly humanitarian focus to integrated services for the long term for both refugees and host communities. The Plan seeks to strengthen the existing coordination and management structures in view of efficient use of resources and sustainable development of the national health system. Uganda’s HSIRRP advocates for predictable and sustainable financing and reinforces an interdependent approach over a five-year period that addresses both an immediate humanitarian crisis-response and medium- and long-term investments towards consolidation and development. The Plan is modelled against national health priorities, principles of strengthening health systems, integrated service provision and aid effectiveness. This is to leverage health resources in-country for the mutual benefit of refugees and host communities.

The Walking School Bus has been combating educational inequality with their BrightBox Macros, Micros and offline learning applications.

Building Skills of Refugees and Host Communities in Northern Uganda

This ongoing EU-supported project skilled over 2,500 (young) people, including over 60% refugees and over 50% girls and women. 1000 more are currently...