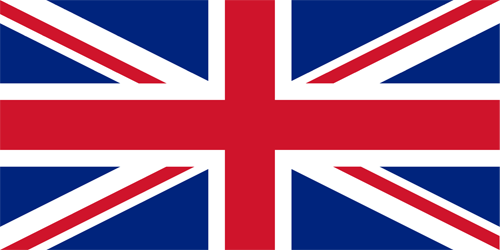 An overview of how the Global Compact on Refugees is being turned into action in the United Kingdom.

An overview of how the Global Compact on Refugees is being turned into action in the United Kingdom.

The Alaya family enjoying an afternoon on Brighton beach. They were resettled to the UK from Aleppo, Syria.

2. U.K.s response to the refugee situation

Find live data, information and fact sheets on the refugee situation in the United Kingdom on the UNHCR Operational Portal as well as Global Focus.

2. U.K.'s response to the refugee situation

Although refugees have the right to work in the UK there are significant gaps in access to employment. In 2018-19 the UK Government worked with UNHCR and civil society partners to improve engagement with the private sector including by supporting the publication of Tapping Potential, a guide for businesses to support refugee employability and employment and thereby their self-reliance. In October 2019 the UK Government, together with civil society, launched four refugee entrepreneurship pilot programmes to encourage refugees to start businesses in the UK.

The Government’s 2019 Integrated Communities Strategy Action Plan also seeks to strengthen integration for refugees, including with respect to access to employment and English language training.

Working towards objective 3, to expand access to third-country solutions

The UK currently provides much-needed resettlement places through its four resettlement programmes, the largest of which is the Vulnerable Persons Resettlement Scheme (VPRS), launched in 2015. The VPRS has resettled 17,051 refugees since its inception and the UK is on target to resettle its commitment of 20,000 refugees fleeing the Syrian conflict between 2015 – 2020. Since July 2016, the UK has operated a Community Sponsorship scheme, which has enabled community groups to directly support 344 resettled refugees in the UK.

Working towards objective 4 to support conditions in countries of origin for return in safety and dignity - Development funding in contexts of forced displacement:

The UK’s Department for International Development (DFID) has launched a new Humanitarian Policy, which commits to adopting longer term approaches to protracted crises including multi-year funding for development responses as well as investments in basic services.

In Ethiopia, the UK is providing long-term support aligned to CRRF commitments including:

In Uganda, the UK has provided £119.5 million since 2014, which has been aligned to the CRRF approach. This has included, for example, engaging in emergency support with a long-term, protracted crisis perspective; exploring scalability of market-based approaches that stimulate local trade and production benefiting refugees and host communities; and re-orienting health, education and governance programming to focus on refugee hosting districts.

In 2016, DFID provided £17 million for Somali refugee returns, part of which funded a six-month initiative focused on facilitating dignified reintegration with host communities in Somalia.

In Zambia, DFID added Nchelenge District (where the majority of refugees are based) to an existing nutrition programme as a flexible and fast way to provide immediate support to refugees and host communities alike.

In Kenya, DFID has designed its next phase of support placing greater emphasis on livelihoods and economic opportunities for refugees and host communities alike, to build refugee skills and resilience, which will also assist future voluntary returns.

Pledges and contributions made by the United Kingdom

Resettling refugees most in need without restrictions on geography or time. The program focuses on emergency and urgent cases, but can also...

Livelihoods and Integration Support in Bulgaria

Vocational and language trainings that enable asylum seekers/refugees/migrants to achieve self-reliance and be successfully integrated.

Accommodation through hospitality and campaigning against xenophobia and discrimination.
SEE MORE PROJECTS AND INITIATIVES IN EUROPE