Dr. Wane: interview with a mauritanian doctor working in a refugee camp

The Global Compact on Refugees reminds us that the local inclusion of refugees requires the efforts of all parties. Dr. Wane is a shining example of how the host community can get involved in this process. In Mauritania, the inclusion of refugees in the national health system is in line with the commitments made by the government at the Global Refugee Forum in 2019. Empowering refugees by integrating them into national systems enables refugees to reach their full potential and be active members of the society that hosts them. Supporting refugees also means supporting the communities that host them. Only together can we heal, learn, and shine.

Until mid-2020, health care for refugees in the Hodh Chargui region was fully funded by humanitarian actors. With the aim of ensuring sustainable access to healthcare, refugees are now included in national health services. Since August 2020, the health facilities of the Mbera camp have been transferred to the Mauritanian Government and thus fully integrated into the national health system. This transfer was facilitated by the Inaya programme, implemented by the Mauritanian Ministry of Health with funding from the World Bank, which made it possible to strengthen the financing of health structures.

UNHCR works to support the inclusion of refugees in national health services, including through activities to strengthen the health system and improve care for vulnerable people.

Ghassoum Wane, a 40-year-old Mauritanian doctor, has been working in Mbera camp for almost nine years. In this interview, he recounts his commitment to the refugees living in the camp, the developments he has witnessed but also the hopes he has for this transition phase and the implementation of the Inaya programme.

After studying medicine in Dakar, Senegal, I returned at the end of July 2012 to work as a temporary contractor at the national hospital from July to December. I saw an advertisement from MSF - Doctor without Borders who were looking for doctors. I was attracted by humanitarian work, and the prospect of discovering a refugee camp. I heard about refugee camps, but I hadn't seen any. 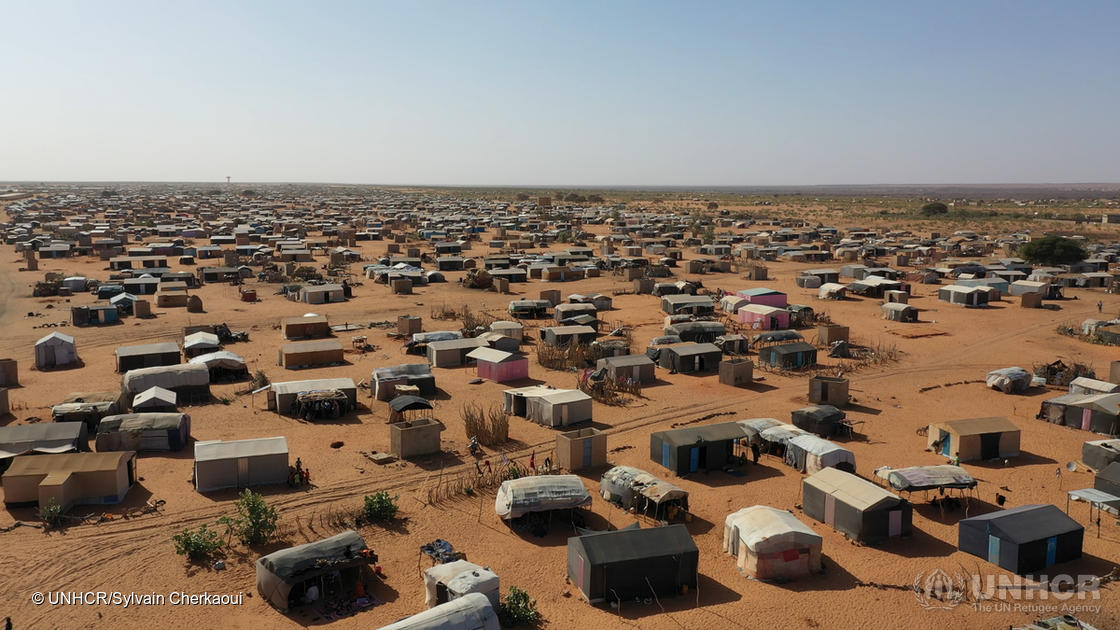 How were your first years at camp?

From 2013 to 2018, the work consisted of carrying out medical observations, recommending hospitalization if necessary, and making rounds in the camp to identify emergencies, needs for maternity, pediatrics and the nutritious center.

My first years were difficult, I was disoriented, I came from the capital where we had almost everything to arrive in a refugee camp, with also the language barrier.

Fortunately, I had two colleagues who welcomed and accompanied me, a Malian doctor and an extraordinary Congolese medical coordinator. The population and the nursing staff welcomed me with open arms. I found my feet, got used to it and ended up feeling in my environment.

At the time of MSF's departure in 2018, the transition was a bit difficult but well prepared and it was not a sudden weaning. UNHCR found another partner to help the workers and the population and ensured that there was no gap.

I agreed to make efforts, for example by accepting a lower salary, to continue working in the camp. I have relations and I have gained the trust of the population in the camp.

What is your role at the Health center of Mbera, now that you are working with the Ministry of Health?

Now I am the doctor in charge of the structure, I take care of coordinating the activities at the level of the structure, accompanying the teams, supporting the management of the pharmacy, and working on budgeting and planning.

Also to participate in meetings with partners and to advocate for the proper functioning of health care in the camp. From time to time, I still take a few consultations.

What has changed with the arrival of the INAYA programme in the Hodh Chargui region and in the camp?

Initially, when we were told about the INAYA project for the first time, I did not understand very well. We were all skeptical. We talked to colleagues who were in the pilot project elsewhere, and we had training in Nema (nb: city in the south-east of Mauritania). Little by little, I appropriated the project, and I appreciated its contributions.

Now I tell myself that it's extraordinary, I learned a lot. In particular on the issue of financial transparency, on quantity/quality evaluation. At the moment, I don't have any negatives.

The Inaya Project is a project of excellence, it is a project for the future, a viable project for refugees and for the health systems to be efficient in Mauritania. Everyone has access to it, with greater attention paid to the ones in need.

In the Health center of Mbera camp, many things have changed: a meeting room with air conditioning to exchange and coordinate, new consultation rooms, delivery beds, a green space at the courtyard... all thanks to Inaya and the support of UNHCR as well.

We also received a medical ambulance, beds, ultrasound equipment at the Covid-19 unit thanks to the support of the African Development Bank, UNHCR and the G5 Sahel to strengthen the response to Covid-19. 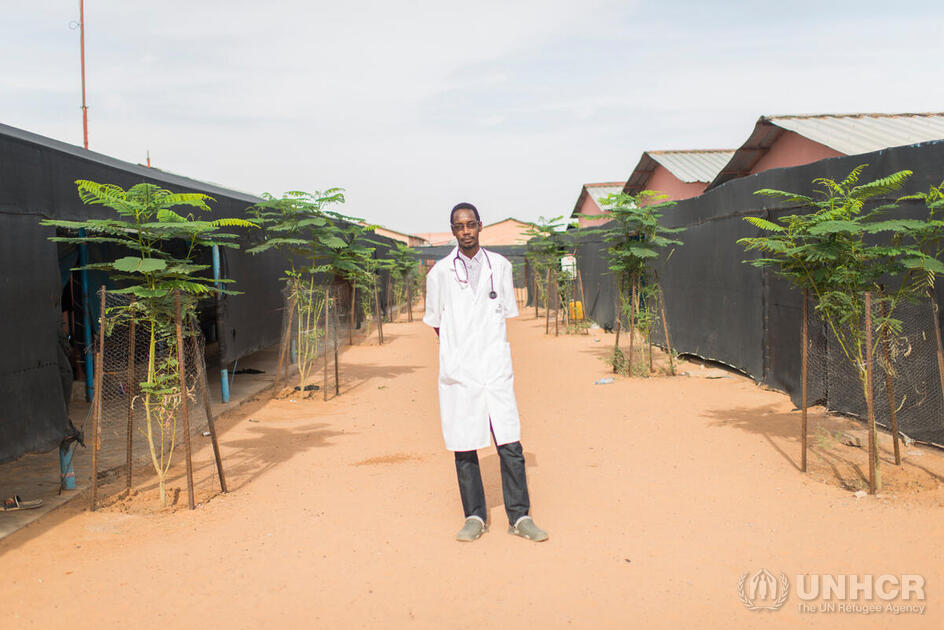 What are your hopes for the future?

With the INAYA project, if the management is well done, we could perhaps have an autonomous structure, we can work directly with the Ministry of Health and take charge of ourselves. But I am sure that UNHCR will never let go of the refugees as long as they are there, we will always have their accompaniment.

For the moment, I am there with refugees, they have welcomed me, I would like to continue working with them as long as they are in a situation of fragility.

During the interview, Dr. Wane told us the story of two patients who particularly marked him:

I remember a young man in his twenties whom I knew in the camp, very intelligent. When his health problems became worse, he was transferred to hospital in Nouakchott. He would write me WhatsApp messages to keep me informed of his treatment, but to share news with me as well. He had surgeries (ligatures of esophageal varices), and he struggled to recover and come back every time. But that was not enough, and he died. If a hospital had been closer to the camp, more accessible, he might have been saved. I now live with his image, just yesterday I was still looking at his messages on my mobile. There are sick people who confide in you, and when you lose them, it makes you sad.

In 2014, a colleague had done a night shift and hospitalized a little girl who was eight years old. When we arrived in the morning, the patient was in a coma. After an examination of the urine, I was able to identify that she had diabetes, and I was able to bring her the necessary treatment (insulin and saltwater). While her prognosis was getting worse, she survived with thanks to the proper care available now. When I meet her in the camp, her mother greets me, and I see her growing up.

Interview: "This country has become my home" - A story of resettlement